How has the evolution of COVID-19 vaccine policy impacted cargo operators?

The production and distribution of COVID-19 vaccines is one of the most important endeavours being undertaken by the international community. As the pandemic has worn on, it has become increasingly clear that these efforts are the key to unlocking economic growth, preventing loss of life and restoring international connectivity. Consequently, the international scientific community has moved at record speed to ensure that safe and effective vaccines are being produced on an unprecedented scale. With this objective achieved, the baton has now been passed on to ‘the supply chain’ – a loosely defined nexus of pharmaceutical manufacturers, international agencies, government bodies and aviation operators whose job it is to ensure that vital vaccine doses reach those who need them most. However, their mission has been complicated by several key issues and political developments that have reshaped the regulatory landscape and have had a direct impact on vaccine-related air cargo operators.

With the exception of a handful of countries that have benefited from domestic production, most nations are forced to import COVID-19 vaccine doses from abroad via dedicated flights. These operations are underpinned by layers of procurement contracts and intensive collaboration between state agencies and the private sector. Although this approach has proven to be highly effective in the most part, it has also been a source of controversy in a small minority of cases and has sparked debate over the role of private companies in importing vaccines.

To date, the most successful and wide-reaching national vaccination campaigns in countries like Israel, the United States and Canada have been organised from the ground up by state institutions and departments who have signed contracts with pharmaceutical and transportation companies. In the case of the United Kingdom, the government has utilised the National Health Service (NHS) to ensure that vaccines are distributed fairly among successive demographic groups based on their vulnerability to severe COVID-19 infection, with private sector procurement entirely prohibited. Meanwhile, on the other end of the immunisation-rate scale, the Health Ministry of Kenya also announced in April that it had cancelled all licences issued for the purchase of COVID-19 vaccines by individuals and private organisations over fears that doses imported in this fashion may be ineffective. In a conference during which the new policy was announced, Health Minister Mutahi Kagwe explained that by ensuring that all vaccines are ordered and received by his department, the authorities can carry out routine quality and assurance checks on every batch of doses.

Despite affording better regulatory oversight, limiting vaccine procurement to public sector contracts does mean that the rate of vaccine importation is ultimately restricted by the purchasing power of the state. This is problematic in developing countries where the government’s ability to organise and fund vaccine procurement agreements may be limited. In a bid to overcome these issues, several countries have taken the opposite approach by actively encouraging companies, international organisations and private individuals to import their own COVID-19 jabs where possible. In May, the Indonesian government launched a campaign to encourage private sector employers to source vaccines and distribute them among their workforce by setting up makeshift clinics in factories and offices.

Similarly, in the Philippines, President Rodrigo Duterte has moved to ‘fast-track’ the licensing process for private pharmaceutical procurement to allow companies to import jabs “at will”. Both of these countries have therefore sought to utilise the purchasing power of their private sector to boost immunisation rates. However, removing barriers on imports and reducing government oversight in this way can also create its own problems due to the greater potential for corruption and fraudulent activity, which in turn exposes cargo operators to additional risks.

As COVID-19 inoculations become widely available, the creation and sale of fake doses is also expected to increase as criminal organisations seek to exploit demand for vaccines. These inoculations are an inherently profitable commodity as they have a direct-to-consumer value and can be sold illegally via online storefronts, out of private residences and even through unscrupulous medical centres. In many cases, these items may be imported via international airports without the local distributor knowing that the doses are fake. This risk is highest for private organisations and individuals who seek to purchase doses in relatively small quantities from secondary suppliers.

In mid-March, the Russian Direct Investment Fund (RDIF), which distributes the Sputnik V vaccine abroad, announced that a batch of 5,775 vaccine doses that had been seized by the security forces at Alberto Acuna Ongay/Campeche International Airport (MMCP/CPE) in Mexico were fake. Further investigations revealed that the doses were set to be exported to Honduras via a charter aircraft to fulfil an order placed by private company Grupo Karim. The firm’s executive has since notified police that he had no idea the vaccines were fake and had sought to purchase a batch of legitimate doses to inoculate Grupo Karim’s workforce. According to the International Criminal Police Organization (Interpol), this is not an isolated event and similar incidents have also been reported in South Africa. Meanwhile, the organisation has also identified over 3,000 websites associated with fraudulent pharmaceutical suppliers suspected of selling fake COVID-19 vaccines and treatments.

Any limitation to the involvement of national regulators in the importation process also raises the risk of corruption, due in part to the unprecedented amount of global capital that is being poured into COVID-19 vaccine procurement contracts. Indeed, many of the countries who are most in need of financial and logistical assistance from their private sector also share some of the lowest scores on Transparency International’s Corruption Perceptions Index (CPI). Several are the subject of frequent investigations involving customs and border staff at international airports receiving underhand payments for allowing goods to pass through unchecked. Clearly, these factors create the perfect environment for vaccine-related corruption, and this should be of significant concern to operators.

However, direct state involvement in vaccine procurement does not necessarily mean that corruption is less likely, but instead may simply increase the scale of the crimes committed. In fact, allegations of this nature have already caused significant political upheaval in Guyana, where opposition politicians have accused the government of acquiring doses of the Sputnik V vaccine from ‘illegal’ sources and paying more than the market value for doses in a bid to defraud the state. Meanwhile, public investigators in Brazil have grappled with reports that the Health Ministry’s logistics chief requested a multimillion dollar bribe to sign an agreement with a company called Davati Medical Supply to purchase 400 million Oxford-AstraZeneca jabs.

By refusing to open up vaccine procurement to the private sector, national authorities may also inadvertently create opportunities for criminal organisations to utilise their financial and human resources to monopolise access to the life-saving jabs. In Italy, concerns have been raised that members of the mafia have used their influence to ensure that their associates feature on priority lists for healthcare workers and other front-line staff. Indeed, reports suggest that many of these regional lists have grown suspiciously long, with local authorities in Sicily, Calabria and Campania having administered as many occupation-related priority doses as they have to their elderly residents. 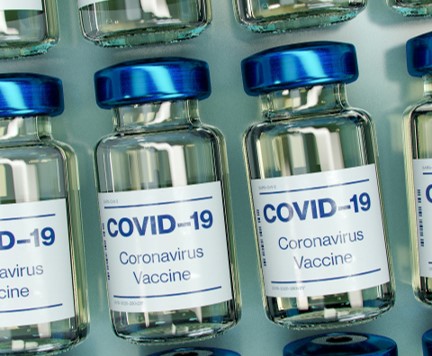 Returning to the question of state vs private sector procurement, we can begin to see how both approaches have their own distinct advantages and limitations. It is with this in mind that a growing number of countries have sought to adopt a hybrid model under which small-scale private vaccination programmes are permitted alongside larger national campaigns, providing all inbound shipments are carefully monitored and heavily regulated. To see this process in action we can look to southern Africa, where the government of Botswana has recently established a new COVID-19 vaccine partnership scheme, which is co-chaired by government ministers and several prominent business leaders. The object of the programme is to jointly develop a “national implementation strategy” for vaccine procurement by utilising private investment to develop cold-chain capacity and import vaccines at a faster rate.

Meanwhile, South Korea has also pursued a similar policy by allowing its largest manufacturing industry employers, such as Samsung, LG and SK Hynix, to procure and administer COVID-19 vaccines at in-office clinics, hoping to speed up inoculation of their employees. But perhaps the most cohesive hybrid system has been developed by the government of Colombia, which opened up vaccine procurement to private enterprise in April on the understanding that employers will provide doses to their staff free of charge. In addition, any party seeking to import vaccines to the country must receive official approval from the Health Ministry and ensure that its logistical arrangements do not interfere with government supply chains. Finally, organisations are also required to establish their own priority lists to ensure that their most vulnerable employees and/or members receive their doses first.

So, what does all this mean for aviation?

Well, it is clear from the cases mentioned above that the process of vaccine procurement is often shaped by disparate political decision making, which in turn has a direct impact on the scope and continuity of delivery contracts. Many national governments across the world have arrived at very different conclusions on the best way to manage this process, and the result is a dynamic and often unpredictable operating environment for cargo operators. Thus, it is imperative that all stakeholders involved in the global vaccine supply chain ensure that they are familiar with the latest regulatory changes and risks associated with importing pharmaceutical supplies through both private sector and government contracts.