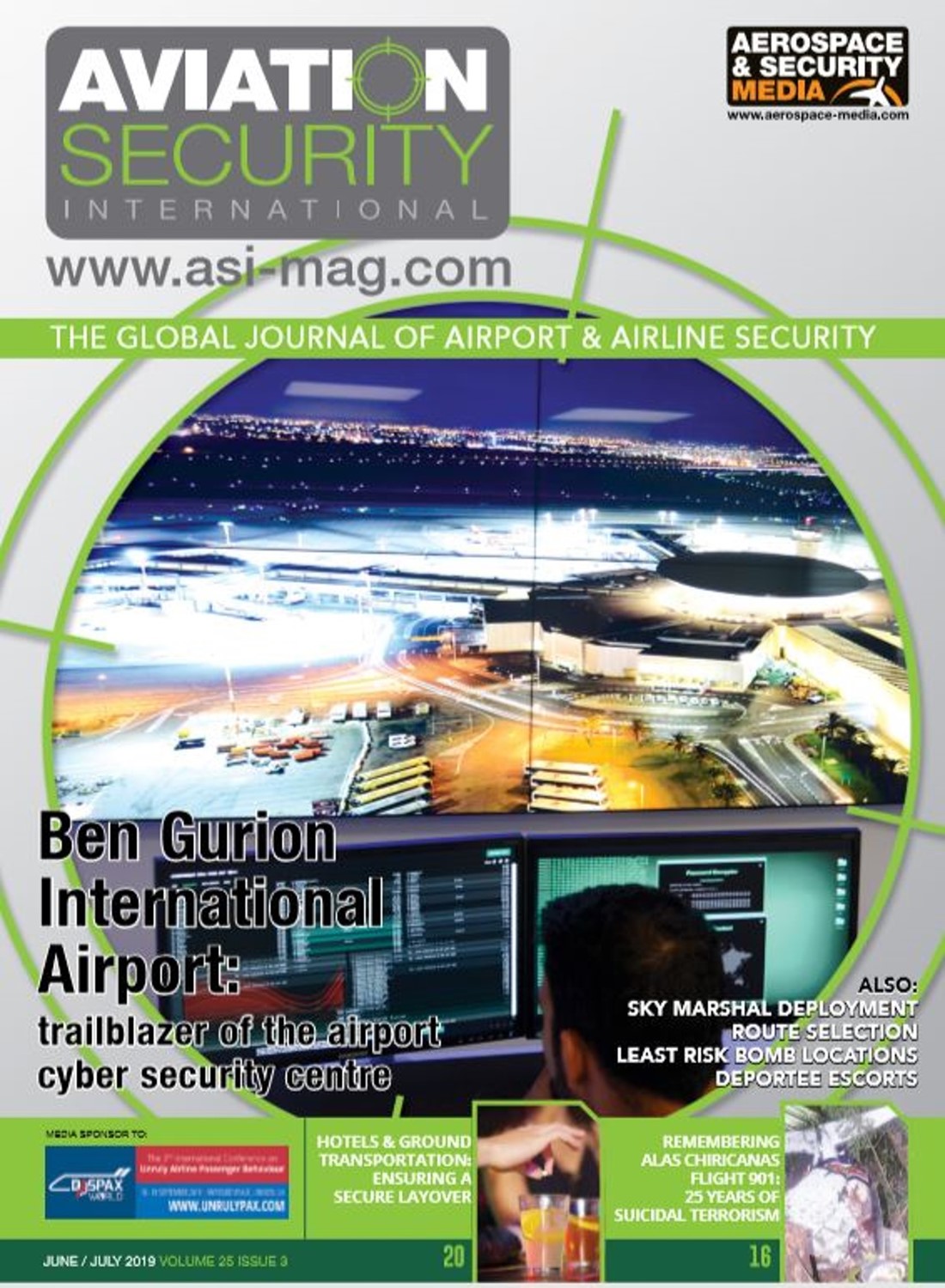 Since the July 2014 downing of Malaysia Airlines flight MH17 over Ukraine, there has been an increased emphasis on identifying activity hazardous to civil aviation and defining airspace risk areas. Multiple national and international civil aviation governing bodies and operators have begun re-evaluating their overflight policies. The most pertinent airspace risk areas are those where hazardous activity has a severe negative impact on civil aviation up to flight level FL260, as this is where aircraft set their cruising altitudes.

The ongoing civil war and the deployment of conventional surface-to air missile systems (SAMs) have created an extremely hazardous environment within Syrian airspace. Russia and the Assad regime continue to carry out activity hazardous to civil aviation over Syria. In addition, the Assad regime has also engaged Israel Defence Forces (IDF) air assets in Cypriot and Lebanese airspace over the Eastern Mediterranean Sea, as well as over Lebanon along the Lebanese-Syrian border, via conventional SAMs on numerous occasions since 2014. We assess areas of FIR Nicosia (LCCC) in the Eastern Mediterranean Sea within 62 miles (100 km) of the Syrian coast, as well as the entirety of FIR Beirut (OLBB) to comprise HIGH risk airspace environments at all altitudes. We assess Syria to be an EXTREME risk airspace environment at all altitudes.

The Syrian military has a variety of conventional SAMs within its air-defence inventory, which it has used to engage incoming air-to-surface munitions and IDF fighter jets in response to the majority of the dozens of airstrikes conducted by the IDF against targets in Syria since 2014. The IDF confirmed that one of its fighter jets was downed by conventional SAM engagement from Syria on 10 February 2018. The Assad regime primarily employs the following Russian-made conventional SAMs (see table below). On 17 September 2018, Syria accidentally downed a Russian military special mission aircraft over the Eastern Mediterranean Sea within Cypriot airspace, adjacent to both FIR Beirut (OLBB) and FIR Damascus (OSTT). This occurred via Syrian SA-5 engagement as the Assad regime was attempting to repel IDF airstrikes. Subsequently, Russia supplied Syria with Russian-made SA-20PMU2 conventional SAMs during October 2018.

Since 2011, civil aviation entities globally have re-evaluated overflight of Libyan airspace due to the enduring conflict zone environment. We assess that factions in Libya continue to possess conventional SAM components and are working to refurbish high-altitude anti-aircraft missile systems. In the absence of a codified reconciliation pact agreed upon by the key factions in Libya, or the unilateral handover of high-altitude air and air-defence weapons by the factions to UN control, we assess the country to be an EXTREME risk airspace environment at all altitudes. Conventional SAMs operated by the Tobruk-based House of Representatives aligned Libyan National Army (LNA) and militias aligned with the Tripoli-based UN-recognised Government of National Accord (GNA) pose a significant threat to aircraft operating well up to FL260 over Libya. During May 2018, the LNA displayed a refurbished SA-6 in the city of Benghazi. In August 2015, GNA-aligned militia forces published a video of the refurbishment and live-fire test of an SA-6 in Misratah. In late December 2016, GNA-aligned militia forces displayed components of an SA-3 in Misratah. Commercial satellite imagery from late 2018 of military sites within Misratah indicates that the GNA-aligned militia forces have resumed significant activity at two conventional SAM garrisons, which previously housed SA-3s.

The conflict zone stemming from the war between Houthi rebels and the Saudi-led coalition, coupled with the deployment of advanced air-defence weapons by both sides, has created a complex airspace environment over Yemen. Both the Houthis and Saudi-led coalition have conventional SAMs deployed within the country. Yemen is assessed to be an EXTREME risk airspace environment at all altitudes.

Houthi air-defence activity has been documented in Yemen by the Saudi-led coalition frequently since 2015. The Saudi-led coalition released a report in December 2017, which stated that Houthi rebels were developing improvised SAMs comprised of modified Russian-made R-73E (AA-11 ARCHER) or R-27T (AA-10b ALAMO-B) infrared (IR) guided air-to-air missiles (AAMs) deployed in ground-based air-defence roles. The specific range and altitude limitations of such systems is unclear at this time; however, we assess that at a minimum they would be capable up to FL300 and to 12.4 miles (20 km). Houthi forces have used these improvised SAMs on a number of occasions, successfully downing Saudi-led coalition drones along the Yemen-Saudi border on 19 April and 23 December 2018, and a US military drone over the Yemeni capital Sana’a on 1 October 2017. Saudi-led coalition fighter jets were targeted over Yemen via such weapons on 8 January and 21 and 27 March 2018. The Saudi-led coalition claimed to have conducted an airstrike targeting a Houthi improvised SAM deployed in Sana’a on 4 March this year. Houthi forces also have access to conventional SAMs. On 20 January and 18 August 2018, Saudi-led coalition airstrikes targeted Houthi SA-6s near Sana’a. The Saudi-led coalition claimed on 26 March 2018 that Iran provided Houthi rebels with Iranian-made Sayyad-2 conventional SAMs. The Sayyad-2 is capable up to FL660 and out to 50 miles (80 km). During January 2016, the Houthi employed a SA-2 conventional SAM to down a foreign military drone over Sana’a.

Spill over from the conflict in Yemen has led the Saudi Arabian Government to enact the Security Control of Air Traffic and Air Navigation Aids (SCATANA) covering the airspace over the southwest provinces of Asir, Jizan and Najran along the Yemeni border. Saudi Arabia has shot down at least 100 Houthi SSMs and drones over its territory since the start of 2018 via Patriot engagement, including seven over Riyadh and one over Yanbu, located deep within the interior of the country. Continued SSM and drone launches into the Kingdom by Houthi rebels and associated intercepts via Saudi conventional SAM engagement are likely to occur weekly over the SCATANA for the foreseeable future. In addition, SSM intercepts near Riyadh or over main urban centres located deep within the Saudi interior are probable multiple times annually until a resolution in the Yemen conflict is reached. We assess territory in Saudi Arabia outside the SCATANA to be a HIGH risk airspace environment at all altitudes. We assess the SCATANA area of Saudi Arabia to be an EXTREME risk airspace environment at all altitudes.

The conflict zone environment stemming from the civil war in South Sudan along with the deployment of advanced air-defence weapons by government military forces has created a potentially hazardous environment in the airspace over the country. On 11 December 2015, the South Sudan stated it would down any aircraft operating over the country without permission, citing the increase of unauthorised airspace incursions. On 24 December 2015, the US government reported the deployment of SA-3s near the capital Juba by South Sudanese military forces. We assess South Sudan to be a HIGH risk airspace environment at all altitudes.

North Korea has a history of unannounced tests of ballistic missile systems without providing proper prior airspace notifications to civil aviation entities. At least 28 unannounced ballistic missile launches have been conducted by North Korea since 2017. On 20 April 2018, the country stated that it would unilaterally suspend intercontinental ballistic missile (ICBM) and medium-range ballistic missile (MRBM) tests. However, North Korea has not committed to suspending SRBM tests, space-launch vehicle (SLV) programme activity, rocket engine development and rocket/artillery exercises. Despite the claimed suspension of ICBM and MRBM tests, we assess the potential for unannounced SRBM and SLV launches, along with artillery/rocket exercises, makes North Korea a HIGH risk airspace environment at all altitudes. The airspace situation is assessed to remain in such a state until a comprehensive agreement between North and South Korea along with the US is reached.

Data from Osprey:Explore depicts hazardous activity over Venezuela since May 2018

The simmering conflict in Eastern Ukraine remains ongoing in the years since the downing of MH17. Both Pro-Russia militias and the Ukrainian military have conventional SAMs deployed to the provinces of Donetsk and Luhansk. In June 2016, proRussia militias downed an Organisation for Security and Cooperation in Europe (OSCE) drone via SA-8 employment over Donetsk. These militias used further SA-8s to target OSCE drones over Donetsk on 9 and 15 June and 27 October 2018. On 12 October 2018, Ukrainian forces employed SA-8s to engage two Pro-Russia militia military-grade drones over Luhansk. We assess Donetsk and Luhansk provinces to be EXTREME risk airspace environments at all altitudes.

Risk-based decision-making is vital to ensuring the safety and security of flights in airspace over or near conflict zones and within environments where civil aviation faces significant operational constraints. Along with the 10 airspace risk areas outlined, our analysis has identified over 30 additional airspace risk areas where activity hazardous to flight operations is concentrated below FL260 or where civil aviation activities face significant operational constraints. For example, while the conflict zone environments in Iraq, Afghanistan and Somalia create complex issues within the airspace over each country, the activity hazardous to civil aviation is primarily present at altitudes below FL260. In the context of aviation security, there remains a need to perform intelligence analysis of the advanced weaponry capabilities of state and VNSA groups to derive a realistic picture of the hazardous airspace environments globally.